Live Events are back!

You are here:
Uncategorized 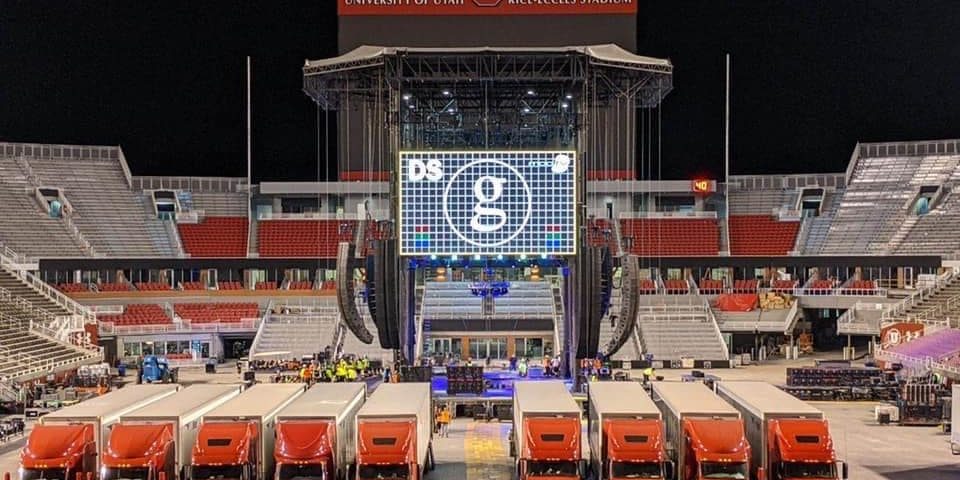 In March 2020 the live event industry experienced an event completely unique and unprecedented when the World Health Organization declared COVID-19 a Pandemic. What had previously been taken for granted, the ability to gather in large groups and unite in celebration during live events, had disappeared. Virtually all concerts, all events, all public gatherings of any kind were gone. Over the next year and a half, as the world struggled to regain some type of normalcy, the live event industry did its very best to hang on by a single thread of hope that an entertainer would take that first brave step to lead this industry back from it’s near grave.

It came as no surprise that the industry leader would be none other than GARTH BROOKS!

On April 28th, just two weeks after Utah’s statewide mask mandate had been lifted, country music legend Garth Brooks announced the return of his Stadium Tour and set the date of July 17th to perform at the University of Utah’s newly renovated Rice-Eccles Stadium. And, for the second time in three years, Upstage Crew Services graciously accepted the opportunity and responsibility to provide the most talented, hardworking, and capable team of industry professionals to support the Garth Brooks production.

From July 12 to July 18, Upstage Crew Services ensured that the Garth Brooks production group had a full team of highly qualified Stagehands, Riggers, Forklift Drivers, Climbers, Department Leaders, Spotlight Operators, and Deckhands at their disposal. Over 400 shifts were staffed by Upstage Crew Services to work both day and night to ensure the Garth Brooks stage and production was built and ready to deliver the largest live event currently performing in the world!

Through the excruciatingly hot days, and sleepless nights, it was clear that the Upstage Crew was prepared. The smiles on their faces and appreciation for the opportunity to work with one of the biggest artists of all time was evident to all who had the privilege of working with them. They operated as a single, cohesive unit, watching out for each other, and doing all they could to help ensure the Garth Brooks production was ready to deliver. Simply put, the Upstage Crew delivered at the highest level!

Upstage Crew Services was honored to provide its services and share its incredible crew with the #1 touring artist in the world today: Garth Brooks.